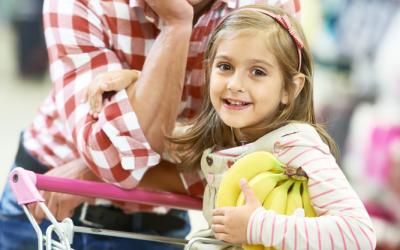 According to the report by Advanced Supplement economic ekonomia24 the Polish daily newspaper Rzeczpospolita, Jerónimo Martins ended year 2012 registering profits worth 10.9 billion euros, representing an increase of 10.5 percent over 2011.
According to the Polish press, the Portuguese group should this exponential increase in profits to the Polish supermarket chain, Biedronka.

In 2012, Biedronka realized sales of over 6.7 billion Euros, an increase of 18% compared to those obtained in 2011. In this context, Biedronka rose from 58.8 percent to 61.9 percent in the rate of participation in the profits of Jerónimo Martins. Simultaneously, the supermarket chain has strengthened and consolidated its leadership position in unequivocal segment of food retail sales.

Last year, Biedronka opened 263 new units and ended the year with 2,125 supermarkets in full operation. According to the news published, Jerónimo Martins plans to invest in Poland over 2 billion zlotys (roughly 500 million euros), reflected the expansion of the store network Biedronka, so reaching 3000 units in 2015. On one hand, the position of market leader in the commercial segment is comfortable for Biedronka, on the other hand, it should be noted that in 2013 it will be able to watch the change in the positioning of investors in relation to second place in retail trade by . Because of that, Auchan supermarket chain to achieve acquire Polish Real ended the year announcing profits in the region of 3 billion Euros, enough to actually put it on the verge of dethroning the group Tesco's second national position.