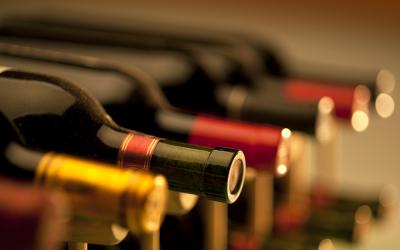 The sub-region of Monção and Melgaço and the Spanish region of Rias Baixas obtained wide margin medallists in the 2nd edition of "ALVARINHO INTERNATIONAL WINE CHALLENGE", a international competition of Alvarinho wine, held Friday and Saturday, on the Wine Alvarinho Solar in Melgaço.

In the ceremony of winners, held the evening of Saturday, at the Monte Prado Hotel & Spa in Melgaço, in a total of 28 award-winning wines were also nine silver medals and 12 bronze.

The wines in the competition were judged by an international jury, which included renowned journalists, wine critics esommeliers of different nationalities, such as the British Susan Hulme (Master of Wine and wine educator), the Swiss Thomas Vaterlaus (editor in chief of the Swiss edition magazine "Vinum"), the German Peer Holm (sommelier), the Brasilian Alexandre Lalas (journalist and wine critic), the Spanish Luis Paadín (sommelier), Margarita Lozano (publisher of the magazines "La Etiqueta" and "Summilleres" and daily columnist of "Granada Hoy") and Antonio Palácios Muro (winemaker and OIV delegate), and the Portuguese Rui Falcão (journalist and wine critic in the magazine "WINE ? A Essência do Vinho"), Manuel Moreira (sommelier and contributor to the magazine "WINE - The Essence of Wine ") and Duarte Costa Pereira (enologist and wine specialist).

This 2nd edition of "ALVARINHO INTERNATIONAL WINE CHALLENGE" was organized by the Melgaço Council, with production of EV- Essence of Wine and patronage of the OIV - International Organisation of Vine and Wine.